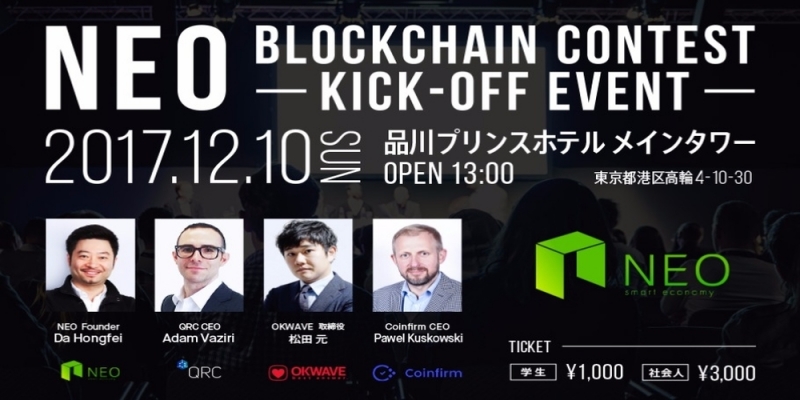 The NEO Blockchain Contest Kickoff Event is for those individuals who want to test their mettle or offer support to startups in the blockchain industry! RegTech experts, leaders in blockchain market analysis, veteran developers, and rising stars will all be in attendance - a melting pot featuring the best and brightest of the business.
The entire blockchain economy rests on fostering new talent; with that in mind, this event aims to further develop the industry by connecting budding talents with blockchain veterans and angel investors. RegTech leader QRC and smart economy project NEO are teaming up to support entrepreneurs with promising business ideas and developers with essential expertise.
Presenters include the minds behind NEO and QRC, with support from Japan’s largest Q&A site OKWave and Chinese market intelligence platform Red Pulse. Coinfirm CEO Pawel Kuskowski will discuss AML solutions and what they mean for the future of cryptocurrency regulation. Da Hongfei is an opinion leader in the Chinese blockchain industry and is also one of the editors of “credit in the society of blockchain digital asset”. He has focused on Bitcoins from the beginning and believes that “Blockchain technology has the power to free Capitalism.” He has an extensive track record in the virtual currency community. He is currently focusing on the arrival of the Smart Contract Era using long-term blockchain technology. 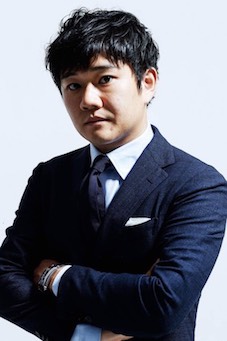 Mr. Matsuda established his first student venture in February 2006, before graduating from Waseda University School of Commerce. After graduation, he held positions at multiple venture enterprises. After the establishment of As Group Holdings (present name: Az Holdings) Co., Ltd. in 2012, as representative director, he took office as representative director of Shingu corporation Ltd. in August 2016. In September 2017, as a director of OKWave Co., Ltd., he is leading the virtual currency business and blockchain business. He has authored several books and actively makes media appearances promoting the industry.

Jonathan Ha is the founder and CEO of Red Pulse, the leading Chinese market intelligence platform. Red Pulse aim to combine traditional research reporting methods with state-of-the-art technologies to solve information overload issues. He has accumulated many years of experience in management consulting, providing services on corporate strategies and business development for many financial institutions. After obtaining degrees in Computational Engineering and Economics at the University of Pennsylvania, he recefived an MBA from the University of California at Berkeley’s Haas Business School and holds a CFA certificate. Pawel Kuskowski is the co-founder & CEO of Coinfirm Inc. which focuses on AML/CFT regulation and compliance. He is a former manager in the Scottish Royal Bank Global AML department and is currently responsible for regulatory risk and compliance at Eversheds. As an expert in the compliance and AMF fields, Mr. Kuskowski has extensive experience working with regulatory authorities on global projects for international financial institutions. He also serves as president of the Polish Compliance Association.